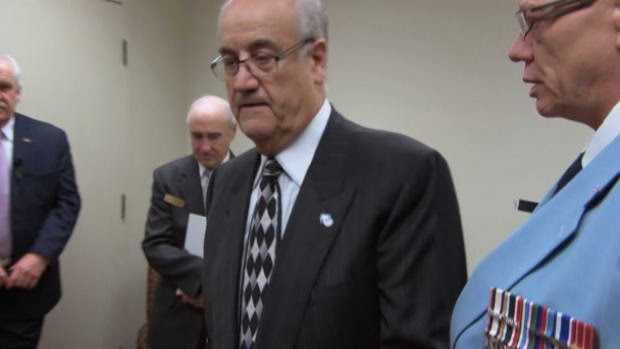 “I absolutely regret yesterday’s events,” Fantino reflected Wednesday after a meeting with a group of veterans went sour. Apart from his refusal to reverse changes that would pit veterans who need specialized care with the giant bureaucracy at Services Canada, Fantino arrived 70 minutes late, excusing it stating it was “due to a cabinet meeting that ran long.” His behaviour at the meeting wouldn’t serve him any better as it led a fury of resignation calls Wednesday.

When Paul Davis from Newfoundland asked Fantino if specialized services and people knowledgeable of veterans’ affairs would be available at Services Canada, Fantino’s response was “regret[ful]” at best.

“You know,” he snapped, “this finger-pointing stuff doesn’t work very well with me.”

Davis replied that Fantino’s absence at a scheduled meeting “doesn’t sit very well with us” and told Fantino that a weak excuse wouldn’t whitewash because he knew he’d “bushwhacked” them.

“I’m not gonna stand here and listen to that,” Fantino ended.

It would appear that the veterans won’t stand there and take Fantino’s attitude. In a joint statement, veterans Rob Clarke, Bruce Moncur, Paul Davis and Roy Lamore said, “What the minister did yesterday was disgraceful. The only thing we want is a commitment to keep open the eight offices and reopen the Prince George office. Veterans have earned that respect.”

Official Opposition Leader Thomas Mulcair quickly picked up where the statement left off during Wednesday’s question period, calling for Fantino’s resignation or firing.

“When the veterans complained that the minister had missed their meeting, [Fantino] said, ‘I’m not going to stand here and listen to that’ and he stormed out,” Mulcair said.

“Will the prime minister do the right thing — apologize himself and fire that incompetent?”

Fantino didn’t resign, and Harper defended him, saying, “The minister has apologized for the events of yesterday but the fact of the matter is that this government and this minister have increased services for our veterans without precedent.”

The response wasn’t satisfying and was met with opposition chants for his resignation.

Despite the closure of the 8 veterans’ centres, the Conservatives argue that over 650 new locations for these services have been created through Services Canada – which is currently facing the knife under austerity measures. This is a solution veterans aren’t happy with, given the limited resources Services Canada has to deal with the line-ups of Canadians that require government services. In some remote areas, the closure adds two to eight hours of travel to veterans who need specialized services from treating Post Traumatic Stress Disorder to dealing with the after-effects of the wars they fought, and survived in service for our country.

Only when asked by a reporter that accompanied the veterans did Fantino offer a reply to Davis’s initial question, saying “If [veterans] can’t travel to an office then these workers will come to them like they have all along.”

Veterans and the opposition, however, are not impressed.

“There have been eight military suicides in two months,” Mulcair said Wednesday. “This is the last moment where we should be cutting back on services to our veterans.”

Clarke, a 36-year veteran, vowed to travel the country in 2015 to campaign against the Conservatives after a meeting he described as “unbelievable, unacceptable and shameful. The way we were treated is just not kosher.”

On Thursday, Clarke joined veterans and union lobbyists to try to reverse the closure and Clarke told reporters, “Mr. Fantino, because he’s such an ass, made it easy for us. It was a hard fight and that’s all it was, was a fight. It’s not the end of the war.”

The veteran’s ombudsman was “taken aback” by the position, noting it the situation is surprising given the disrespect toward the Harper government’s own bill of rights introduced in 2007, which says veterans “are to be treated with respect, dignity, fairness and courtesy.”

“I am always willing to hear from veterans face-to-face on any issue,” Fantino said in Wednesday’s press release.

But Mulcair notes “it is extraordinary to watch the body language and the behaviour on the other side — the robotic answers, delivering talking points. As if a talking point could replace the fact that they’re closing offices.”

The Conservatives maintain the changes will provide more services to veterans but if that were the case, veterans themselves wouldn’t be pointing their hostilities to the party that is known to be pro-military. Clearly, either the Conservatives are trying to cover-up the axe they took to veteran’s services during a time of an unprecedented rate of suicides, or they have completely botched the communications and demonstrations of their improved plan.

Veterans aren’t convinced. One of them, Melbourne Birmingham, who served in Kosovo as a civilian police officer in 2000 doesn’t agree with Harper’s assertion that the centres slated to close had “very few people, had very few visits.”

“They need the help, they need the support and the support is already here,” Birmingham said. “Why take it away from us? Who does he think he’s fooling? He’s got an agenda to try and save money on the backs of veterans. He’s been doing this for years and there’s no need of it. It’s just hogwash.

“It’s not going to save money, they’re not going to train 600 so-called people in these service centres. It’s ridiculous. I get so upset, it’s hard to talk. What a slap in the face. It’s a Canadian disgrace and this Harper government is causing it.”

Clarke shares the sentiment. He said he spoke to Liberal Leader Justin Trudeau who vowed to reopen the offices and open new ones where needed.

“Now we have the NDP, the Liberals saying that they will reopen the offices, so all we got to do is get rid of the Conservatives,” said Clarke.

“I’m sure the Conservative Party will be filing into the unemployment insurance office in 2015.”

While the Conservatives claim they’ve made record investments in veteran’s affairs, the number of suicides have risen and Mulcair argues the closure of these 8 veterans’ centres will mean “some (veterans) who are over 90 years of age will have to go to Service Canada offices and stand in line to then be sent to a computer.”

What do you think of the Conservative government’s handling of veteran’s affairs? 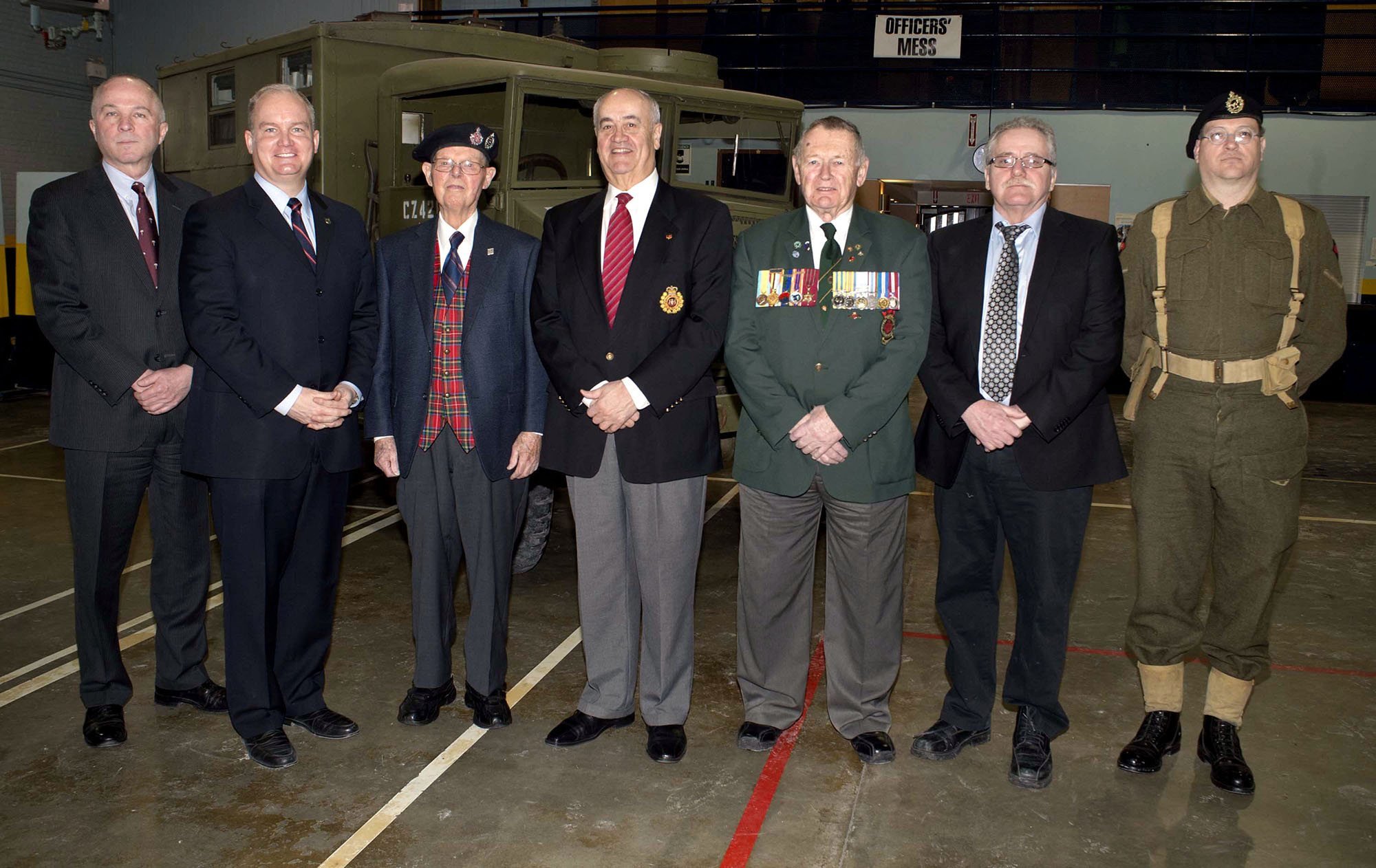 PMO sources confirm Veteran Affairs Minister Julian Fantino is out, only after a year of mocking Canada’s veterans.