A Twist in Canadian Politics, the NDP Come in Second–Not Without Controversy and Diverse Faces

In Monday’s election, the NDP was handed 102 seats in the House of Commons in a silencing Conservative majority mandate. Among these 102 candidates, the bulk comes from Quebec where new and fairly young candidates are being investigated for being elected illegally. Within a few days of the result, not only is the NDP undergoing damage control, but they are being targeted for statements made by their deputy leader concerning the death of Osama Bin Laden.

Monday’s election results were historic bringing in a wave of NDP candidates at the expense of the all-mighty Bloc Quebecois and the Conservative Majority that will spell 9 years of Conservative power – to think that if Harper get’s re-elected, he will tie the Liberal record of 13 years under Chretien and Martin. This election also saw the collapse of the Liberal Party where they reached the lowest seat count in history.

However, if one thing is for sure, the 141 seats that didn’t turn blue will have nothing to say as 167 blue seats can pass legislation comfortably. The opposition can scream and yell, and propose legislation, but don’t expect them to get far in this dynamic. The reality remains for Jack Layton that he had more voice in the last session with 36 seats than he has now with 102, but this dynamic will allow him to take a four year break where he will come back fighting in four years.

Despite this mute in the legislative process, the NDP have become the story of the campaign and now of the week in politics. From their surprising surge of support to the controversy that surrounds their elected officials, the NDP have made the news.

All the while, Conservative candidate Marie-Claude Godue in the Berthier-Maskinonge riding wanted a by-election to get the result that gave Brosseau a victory by a margin of 5,735 votes, overturned. This margin is he official margin from Elections Canada after validating the results.

All the while, if you want to get to know the candidate for the francophone riding, she is 27-years-old, lives in Ottawa, speaks little to no French, and has a diploma in advertising from St. Lawrence College. Before getting that $157,000 annual pay check (plus expenses), she worked as an assistant manager at Oliver’s Pub on the campus of Carleton University where the job is now up to grabs offering a salary between $38,000 and $53,000.

Unlike candidates that are younger than her, she has been silenced and wasn’t findable after the election. People in the riding aren’t thrilled about her victory either.

“I’m disappointed,” Francine Martineau told the Star, “that people voted for someone without realizing she didn’t give damn about Berthierville.”

“For certain, it’s not going to help Berthierville very much. But then, what else is new?” Carole Lachapelle said, shrugging.

“I feel disenchanted,” Jacinthe Brissette, mayor of Lanoraie told the Star as she wondered how the NDP would allow such a candidate to run. “What do they take us for? That we have no importance?”

Others argued that they will give the unknown woman a chance because she is new.

“I didn’t know,” said daycare owner Francine Belhumeur, who added it wouldn’t have affected her choice. “We wanted change, period. We should give her a chance.”

Brosseau is not the only notable member of the new Official Opposition.

Conservative cabinet minister Josée Verner in Louis-Saint-Laurent was beaten by Alexandrine Latendresse. She is 27-years-old and graduated from Laval University last week. Her controversy surrounds the picture to the left showing her pointing a toy gun while wearing a t-shirt that reads, “I still hate George Bush.”

Pierre-Luc Dusseault is the new MP for Sherbrooke who is currently a university student and the youngest-ever elected MP with an age of 19. His intention was to get a job at a golf course for the summer, but now he intends to be making $157,731 annually.

If one thing can be said about this new Official Opposition, it is that it has never been seen before.

There is also controversy surrounding Thomas Mulcair. deputy leader of the NDP, who made a statement doubting the claims of the American Military and US President Barack Obama that Osama Bin Laden was killed. His foreign affairs critic, Paul Dewar contradicted Mulcair’s statement saying that the Americans did what they had to do.

“I don’t think, from what I’ve heard, that those pictures exist. And if they do, I’ll leave that up to the American military,” Mulcair told the CBC.

When he was asked to confirm whether he believed the photos existed again, Mulcair said: “No, I don’t think they do. If they’ve got pictures of a cadaver, there’s probably more going on than we suspect in what happened there.”

As a result of this statement, the NDP’s opposition responded. First came the Liberals on Twitter.

Former astronaut and Liberal MP Marc Garneau tweeted that he “almost fell out of my chair when Mulcair said he doubted the existence of Osama bin Laden photos.”

“Osama bin Laden is dead and photos were taken. To suggest otherwise is a serious lack of judgment.”

Dimitri Soudas, Stephen Harper’s right-hand man tweeted, “The White House made it clear that pictures exist. Absolutely no reason to doubt that.”

And now Paul Dewar, Foreign Affairs Critic for the NDP wrote in a statement, “We have no reason to doubt the veracity of President Obama’s statement.

“I understand that the U.S. government has photos, but decided not to release them as they do not want them used as trophies.

“This is a legitimate concern. We agree these types of photos shouldn’t be used as propaganda tools.”

Was The NDP Vote a Protest Vote?

As the party now mutes its members and sends them to boot camp to be ready for the ‘government in waiting’ status, it is notable to point out a similar event that happened in Quebec politics that happened not too long ago.

Quebec had long been a competition between the Liberals and Parti-Quebecois. In 2007, Jean Charest got punished as Quebecers wanted change and didn’t want the PQ. So backbench party Action Democratique du Quebec comes along and forms the official opposition out of nowhere. This resulted in the first minority National Assembly in Quebec in a very long time.

In the following election, the ADQ (NDP) was reduced to 6 seats, the Liberals (Conservatives) were given a majority and the PQ (Liberals) formed a very strong official opposition, just a matter of 6 seats away when combined with the new Quebec Solidaire seat (Let’s call them Green) and the left overs of the ADQ.

If the NDP surge in Quebec is anything like the ADQ surge – which at the time was claimed to be a will for change, come October 19, 2015, many of these new NDP ministers may simply disappear and the Liberals will come back in full force. So if Quebec made a protest vote with the ADQ, who is to say that those 70 NDP seats was not a protest vote as well? 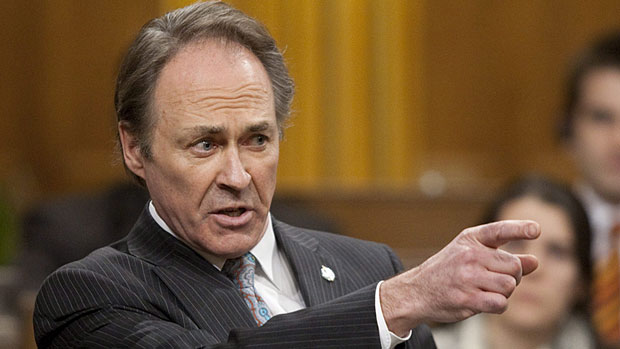 Matt Meier and his company RackNine Inc. have followed through with an earlier threat to follow through with a $5 million law suit against the NDP and MP Pat Martin for for defamation, claiming comments from Martin and published by the NDP have lost business for the company.

In 2006, Stephen Harper’s Conservatives won a minority over Paul Martin’s Liberals. The campaign consisted of two main themes: the sponsorship scandal and tax cuts. One must wonder why the Conservatives won: was it in protest against the Liberal sponsorship scandal? Was it because the GST was promised to be cut by 2%? Or was it because the votes were rigged?

NDP: Tony Clement Should Turn Himself In

The NDP have disclosed documents that prove that Tony Clement had a say in how the $50 million G8 “slush fund” was managed. In response to their findings, NDP MP Charlie Angus is calling on Tony Clement to turn himself in to the police. Clement fought back claiming that the NDP were only reusing old facts and changing the notion of recommendation into order.

The documents obtained under the Access to Information Act found a contradiction in Clement’s testimony.